The afore-mentioned film crew—a team from PhotoSynthesis Productions—was there to capture the eclipse experience for the National Geographic educational documentary Sun, Earth, Moon.

They documented our preparations, shot footage of Bolivian kids looking through solar filters, and collected statements before and after the eclipse.

Post-totality is always an emotional moment, but put it in a blender with pre-dawn excitement after a punchy near-sleepless night on a freezing train with too many french fries and one’s response might be…overwrought. When the film crew came to me for an on-camera interview, I felt composed and ready to be articulate. With the camera rolling I began to share what I believe (and love most) about the eclipse phenomenon—totality allows us, for just a short time, to all be doing the same thing at once. Our planet, our one sun, our only moon, all move as one—while every villager, traveler and living creature beneath the shadow reacts. “Everyone is looking up together,” I said. “It’s a beautiful thing.” Then I started to cry. Dammit! Preserved for embarrassing posterity in their film. Then the filmmaker suddenly dropped his camera on the ground, moved forward to put his arms around me, and HE burst into tears. More crying ensued. The rest of the trip we awkwardly avoided each other.

Their twenty minute video actually captures it all—the eclipse play-by-play explained in terms intended for children to understand, the typical scene of locals and umbraphiles assembling, excitedly waiting for totality, and me, blubbering like a fool. The TSE on the Altiplano “crystallizes the film’s message about the interaction of celestial bodies,” states NationalGeographic.com. 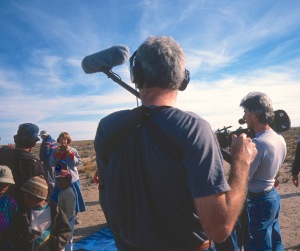 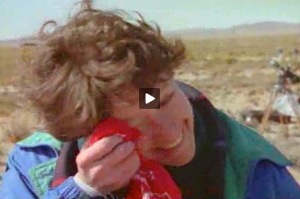 One thought on “National Geographic”