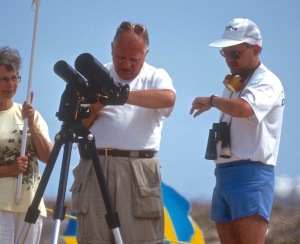 Though it was my first eclipse I was well-prepared with a “shot list” I compiled by studying a copy of that year’s go-to book, Eclipse by Bryan Brewer, purchased from the museum store at the Fleet Science Center in Balboa Park in San Diego.

Pro tip: a TSE can get exciting and disorienting, especially in the final seconds before totality. Always make a list of phenomena to watch for, with the time and duration of each. This page will help you plan.

We made pinhole projections, watched in vain for shadow bands on the beach, and felt the gut-deep delicious foreboding as changes in the light and the land grew more pronounced. In the final few minutes before second contact the atmosphere shifted, shimmered, dimmed. It’s an odd quality; not like night, not like day, not like twilight or dawn. To feel our planet and our beloved celestial bodies morph for the first time elicits an instinctive, vague, involuntary dread.

The light (and the locals) getting weird 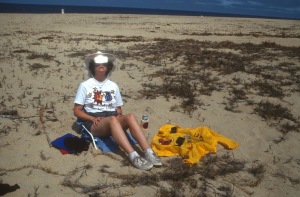 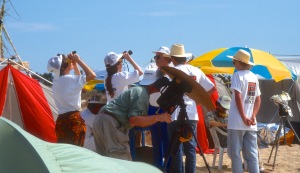 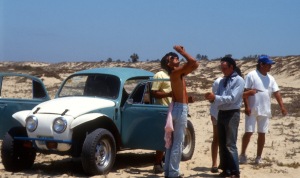 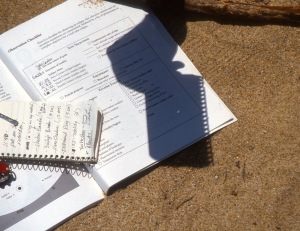 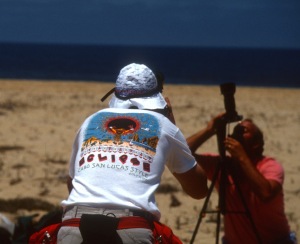 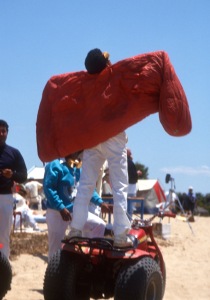