On July 11th we rose early and trekked 15 minutes to the beach where we joined an eclectic group of other nerds, solar astronomers, and cooler party people attending an already-underway private bash, obviously sponsored by one of the astronomy magazines. Mexican caterers weaved their way past expensive telescopes and weather equipment, offering trays of antojitos and bebidas.

We set up a sparse observing area a few yards away. I brought zero equipment other than my ridiculous-looking #14 welder’s glasses that I purchased from a San Diego safety store, and my photographer boyfriend had one tiny Nikon balanced on a tripod with a screw-on solar filter.

Our gear was in stark contrast to the impedimenta operated by the professional solar astronomers that were there from Germany and Japan. I was amused by the stereotypes in action: the Japanese crew had blue, low-slung, high-tech tents arranged in a circle; the Germans had boxy, upright red and white tents arranged in a square. (I say this in the kindest, least xenophobic way.)

Packing to the beach site

Their gear, our gear 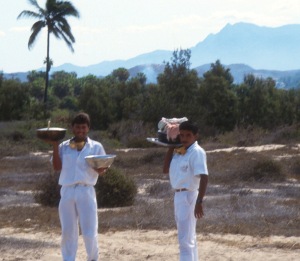 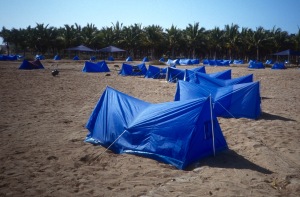 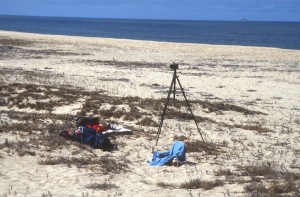 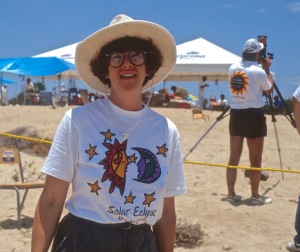