Oh, the eclipse? *yawn* Just another breathtaking miracle of nature.

The sky was blue and the Orion steady on eclipse day, following two grueling days on choppy seas to return to the calm waters over the Great Barrier Reef near Port Douglas.

Jay Anderson—meteorologist, astrophotographer, and co-author of the NASA eclipse bulletins with Fred Espenak—commanded a microphone and walked us through the timeline of events. Meet Jay in this video and hear his play by play (“filters off!” “shadow bands behind you!”). Jay also consulted with the captain and special reef pilot who was brought on board to guide the Orion over the Reef and ensure the best viewing area.

Thanks to his coaching I got my goggles on and off in time to witness all the phenomena. Baily’s beads were meh but we saw the best. diamond. ring. EVER. The prominence flames were higher than I’ve ever seen them too.

At third contact many beers (Corona, natch) were consumed, followed by brunch on deck and a how-was-it-for-you debriefing session in the Leda Lounge for the relieved and excited chasers. Most of them were either first time virgins—virgins no longer!—or had just racked up their 10th or 15th TSE. Me?

Six for six, and counting.

The moments on deck are captured in this 5-minute video. If you’re hoping to see the eclipsed sun itself, lower your expectations: this captures the minutes leading up to totality on deck, and before and after reactions. (Here’s a 3-minute video of totality—again, no sun, but you’ll see the sky go dark and brighten at third contact.

Above: Diamond ring photo via Snapfish, taken from the Paul Gauguin, July 10, 2010

TravelQuest founder and president Aram Kaprielian. (Is there a bigger smile than the one on the tour director after a cloudless TSE?) 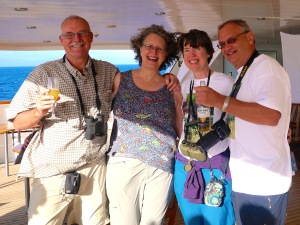 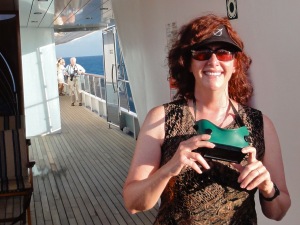 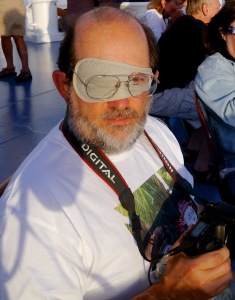 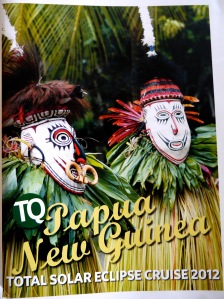 Totality photo via Snapfish taken from the Paul Gauguin, July 10, 2010