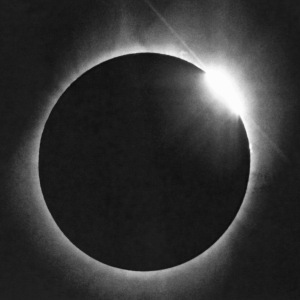 When it comes to learning about the upcoming Great American Eclipse, there are no stupid questions. Well, maybe these:

Isn’t it too dark at night to see the eclipse?

If the solar eclipse is so dangerous to look at, why are they having it?

And this, as seen on a t-shirt: “I wanted to watch the eclipse but the stupid moon got in the way.”

A real live astronomer will be a guest at the Oregon Airstream Blackout Rally, and will answer questions about the celestial event of the summer.

What would you like to know but are embarrassed to ask? I’ll find out and report back. Ain’t no shame if you’re wondering if you’ll see the moon like it looks on the stamp, why the path travels from west to east, how you’ll be able to see totality with your eclipse glasses on, and why sunglasses won’t keep you from going blind.

Here’s an example of an interesting question I found online, from an astrophotographer who’ll attempt to photograph totality:

Does the size of the sun vary from one place to another? If someone in Australia took an unzoomed, unmagnified picture of the sun, would the area of the sun be equal to a photo taken, say, in Norway?

I have no idea why this has any bearing on astrophotography, but okay. Hmm.

Related: and I’m not too proud to say this out loud. How does the lunar eclipse path differ from the normal process of the phases of the moon? NO LAUGHING. Someone demonstrated this to me once using a lime, a lemon, and a tennis ball. It made sense then, but it didn’t stick.

My favorite question—to which I’ve heard only unsatisfactory answers—is this: does a total eclipse take place on any other planet? Yes, two moons of Saturn in our own solar system might produce an extremely inferior version of what we experience on Earth—but to our knowledge there are no others. (“In the vastness of the universe certainly there must be” doesn’t count.) Now for the follow up question (chill, anti-intelligent designers): what are the odds? Earthlings rely on one sun and one moon—one is 400 times larger than the other, and the other is 400 times farther away—making their discs in the sky the same size, allowing for a total eclipse. Wait, there’s more: what are the continued odds that Earth is the only planet we know of on which sentient, self-aware beings reside, who are able to appreciate the spectacle? Mind blown. 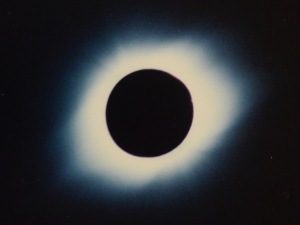