On March 29 an estimated 8,000 tourists, astronomers, NASA scientists and Egyptian officials gathered in Sallum, a town on the Libyan border usually visited only by workers and truckers entering and exiting Egypt.

The hotel in Mersa Matruh was 2 1/2 hours from the eclipse site and we rose unspeakably early to the pre-dawn rumble of motorcoaches and diesel fumes outside the hotel. “This reminds me of the Marine Corps,” groaned Ralph as we staggered from bed to bus seats in the dark.

At half past noon the moon passed before the sun in a perfect and cloudless sky. I’m now five for five.

I noticed that the shape of the corona—which is different every TSE and has something to do with sunspots and the solar magnetic field—exactly and mysteriously mirrored the design of the winged sun carvings on the back of my chair in the Nile Hilton dining room. I kept this observation to myself.

Back on the bus

Observing at Sallum. (Ralph. Get UP.) 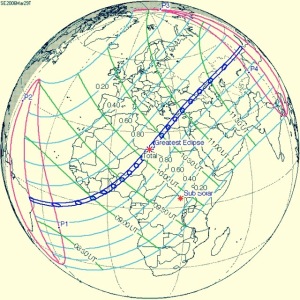 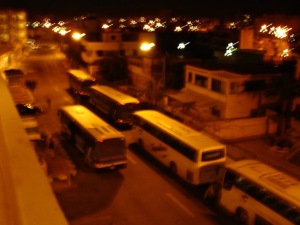 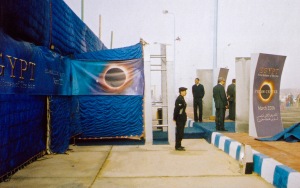 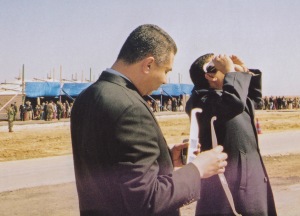 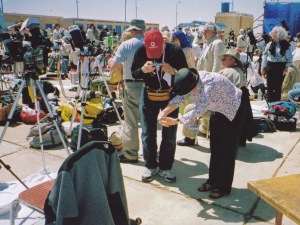